The Law on the Freedom of the Press of 29 July 1881: a text that both guarantees and restricts freedom of expression 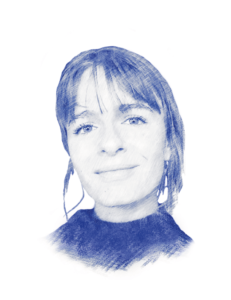 Freedom of expression was enshrined in France by the proclamation of the Declaration of the Rights of Man and of the Citizen in 1789, the spirit of which can be summarized by its Article 4:

“Liberty consists in the freedom to do everything which injures no one else; hence the exercise of the natural rights of each man has no limits except those which assure to the other members of the society the enjoyment of the same rights. These limits can only be determined by law.”

How has the delicate yet necessary balance between freedom of expression, often described as the “cornerstone” of democracy, and the repression of its abuses been designed into the law?

The Law on the Freedom of the Press of 29 July 1881 reasserts the principle of freedom of public expression, but also defines its limits by establishing a certain number of “press offences”, seen as abuses of this freedom.

First of all, let us recall that despite what its title might suggest, the Law on the Freedom of the Press of 29 July 1881 does not apply solely to journalistic expression, but to all forms of public expression. Its title derives from the fact that it was originally elaborated de facto for the written press, which was at the time one of the only (if not the only) means of addressing a large public audience.

Today, of course, with the advent of the Internet and social networks, anybody’s comments can potentially reach a significant audience, and thus also fall under the scope of this law. The lawyer Agathe Lepage notes on this topic that “it is truly the Internet that gives weight to the principle of freedom of expression, since, from the point of view of public communication, it ceases to be theoretical for a part of society.” 3

In its initial form, the law of 1881 established the following nine press offences (the crossed-out offences were either removed in 2013 or incorporated into the penal code):

While certain offences from the initial list have been removed, others have been added. This is namely the case for certain crimes or offences such as, for instance, the apology of war crimes or crimes against humanity, or the incitement of discrimination, hatred or violence on the basis of origin, ethnicity, nationality, race or religion (Pleven Law, 1972), sex, sexual orientation or identity or handicap (Law n°2004-1486 of 30 December 2004) 4. Following the Gayssot Law (1990), the denial of crimes against humanity has also been added to the list of press offences (article 24 bis).

It is important to note that the Constitutional Council recalled in 2009 that any and all restrictions on freedom expression must be “necessary, adapted and proportionate to the objective pursued”. Moreover, only a statement made in public or subsequently made public by any means can constitute a press offence, as understood in the sense of the law of 1881.

In order to systematically identify the individuals liable for a press offence, this law provides for a system of so-called “cascading” liability. The first individuals to be held liable for a press offence are the director, the editor or co-director of the entity that published the incriminating comment 5. Otherwise, the author of the comment in question, then the printer of the content, and lastly its distributors and vendors (in that order) can be held liable.

This mechanism is original because in common law, the author and printer, insofar as they materially create the object of the offence, should be prosecuted first. But this is not the case here: it is indeed the individual who takes the decision to make public the illicit content (director, editor or co-director of publication) who is first considered to be liable for the offence.

A short statute of limitations

Some criticisms of the law in the age of the Internet

The question of who is held liable on social networks

The system of cascading liability provided for in the law of 1881 is coming under criticism today, due to the fact that it is poorly suited to the way the Internet operates 6. For example, it seems as though no one is able to properly assume the role of publication director with regards to messages by individuals published on social networks. More generally, as things stand, digital platforms do not assume any tangible liability with regards to the content published on their pages, since they are not considered as editors of content, but rather as content hosts. 7

In this context, the only individual that can be made liable for illicit content published on social networks appears to be the author of the content in question. The problem here is that, on social networks, the author of a piece of content can be anonymous. Of course, this anonymity can be contested by judicial authorities, but the technical difficulties involved in lifting this anonymity can sometimes be such that a procedure is never guaranteed to succeed. 8

The long memory of the Internet

The law of 1881 was designed in a historical context where the written press was the principal means of public expression. This likely explains the short statute of limitations applied to press offences: the content published in a newspaper remained accessible to readers only until the day’s edition was superseded by that of the following day.

The development of the Internet changed the situation. Internet possesses an almost unlimited memory: anybody can now access, read and disseminate content that was published long ago. Consequently, the very short statute of limitations of press offences is not necessarily adapted to a connected world.

As the Internet has enabled every individual to express themselves publicly, its development has logically led to a vast increase in the quantity of published content. However, the resources made available to the justice system to deliberate on press offences have not evolved accordingly.

The overcrowding of the 17th Chamber of the Paris Judicial Court – a correctional chamber specialized in press cases – is a testament to this phenomenon. The increase in the number of cases naturally leads to very long hearing times. As a result, shouldn’t simplified and faster procedures be designed to deal with the increase in cases of abusive uses of freedom of expression?

As we can see, the development of the Internet reframes the question of how freedom of expression can and should be regulated in France.