Social Media and Fake News in the 2016 American Election

This article, published in 2017, is now one of the most cited references in scientific literature on fake news. It was one of the first to investigate this phenomenon. We here at Fondation Descartes have created a detailed summary for you. Readers in a hurry can go straight to the conclusion. 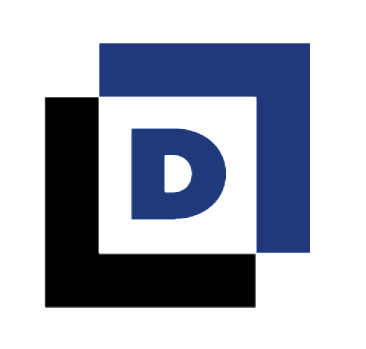 Many fake news stories were circulating at the time of the 2016 election in the United States. With most criticising the Democrats or defending the Republicans, some commentators publicly raised concerns that Donald Trump's election was influenced by fake news.

Although this article does not provide a clear answer to that question, it does provide interesting data to better understand the fake news phenomenon in context of the 2016 presidential election.

The article defines fake news as news articles that are intentionally false and could mislead readers. It chooses to include satirical and parody news stories that circulate on the web. The authors justify this choice by referring to the fake news story stating that the Pope had endorsed Trump's candidacy in the election. The story was meant to be a humorous prank, but it was widely shared, and it is possible that many individuals truly believed it.

The article then puts forward an economic model of fake news. The media organisations that produce fake news may be encouraged to do so because consumers sometimes tend to prefer news stories that align with their beliefs. So, a news story, even if it is fake, has a higher chance of being read and believed if it aligns with the expectations of an individual. Certain media organisations may therefore opt for fake news stories because they match the public's expectations and win their loyalty. In a political context, the authors envisage that individuals expect positive news stories about their candidate, no matter whether they are necessarily true or not. This hypothesis was tested in the study. However, publishing fake news can, over time, destroy a news outlet's reputation, and that is where the economics of social media comes in. Social networks are a favourable environment for fake news to spread. Publishing content on social media has virtually zero cost, so anybody can enter the market and produce fake news that then mixes with the rest of news media. This favours short-term strategies, and so, long-term reputation is not a factor in this kind of economy. Moreover, as news on social media is formatted to be attractive and simplified, fake news can slip in easily. This hypothesis was also tested in the study. More broadly, the article aims to determine in what proportion American voters were exposed to fake news and if they believed them.

To test these two hypotheses, the authors used a questionnaire on 28 November 2016 (two weeks after Donald Trump's election). As the sample group of participants (1200) was not representative of American society, the authors reweighted their sample to get as close as possible. As well as demographic, social and political questions for the survey participants, the questionnaire included 15 headlines in Facebook format. For each headline, participants were asked to respond if a) they recalled seeing it online; b) if they believed it to be true or false at the time.

Prevalence of fake news on social media. According to the authors’ theoretical model, fake news is most often found on social media. To confirm this, they collected a sample of more than 600 websites that produce fake news and, using the website Alexa, they were able to determine that social media represented 41.8% of traffic on these sites. So, it seems that social media is highly favourable for the sharing of fake news. Furthermore, pro-Trump fake news stories were nearly 4 times more common on these sites than pro-Clinton ones. Though it is impossible to determine if pro-Trump fake news had an influence on the result of the American election, it is still important to underline that during this election, all factors being equal, voters were 8 times more likely to be exposed to a pro-Trump disinformation campaign.

Factors behind belief in fake news. The authors then created a statistical model to determine what might predict an individual mistaking a fake news story for a true news story. The factors identified by the authors are being a Republican (though this predictor is not very robust, according to the model), using social media as your most important source of news, being younger (the younger we are, the more likely we are to believe fake news according to the model) and being comparatively less educated than other participants. Finally, the authors were able to determine that pro-Trump fake news was more likely to be believed by Republicans and, vice versa, pro-Clinton news more believed by Democrats. The authors’ hypothesis was therefore confirmed - individuals tend to be more credulous when news stories align with their political convictions. It is important to note that this result held true for all headlines (true and false), not for fake news. The model does not state if the result can be explained by individuals being more likely to believe true news stories or because they are more credulous of fake news stories (or both).

This article had a huge influence on fake news literature. It was one of the first to research the causes and to feed reflection with empirical data. It highlights the economic dimension of fake news, which has now been well documented. It also established that fake news in 2016 was mostly pro-Trump, and therefore anti-Clinton. Other articles - for which we have also created detailed summaries - aim to explain why certain individuals are more likely to believe fake news.