Ebola 2014, Trump and Breitbart's testing ground for fake news before the 2016 election?

Arnaud Mercier, member of the Executive Board and Scientific Committee of the Fondation Descartes, analyses for The Conversation the rhetoric of Donald Trump and his allies in the face of the Ebola epidemic. 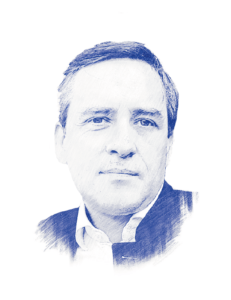 If politics is a particularly fertile ground for fake news, health issues, ranging from vaccines to major epidemics, are not far behind. Having worked with an anthropologist specialized in public health, Laetitia Atlani-Duault of IRD, on Twitter and Facebook conversations occurring at the peak of the Ebola epidemic in autumn 2014, I decided to resume our analysis by studying the way in which certain lies and rumors had spread, particularly in Africa.

But upon closer inspection of the manipulated information that circulated in the United States during this period, we made a troubling discovery. All of the ingredients that made Donald Trump’s presidential campaign into the poisonous phenomenon it became were already assembled two years prior, in reaction to Ebola. So much so that one can legitimately wonder whether Ebola was not consciously considered as a testing ground for the alt-right candidate’s security-oriented campaign rhetoric, and as a means of honing their fake news fabrication techniques.

When the “alt-right” and Donald Trump hijacked the Ebola epidemic

While Donald Trump was not yet officially a candidate for any political nomination, he actively commented on the epidemic from its very beginning via Twitter. In two and a half months, he urged in more than 40 tweets for US borders to be closed to flights originating from affected countries.

He denounced President Obama's allegedly criminal weakness in refusing to enact such measures, calling him “incompetent”, “dumb”, “stupid” and so on — all of the defamatory nicknames he would later use against his Democratic rival Hillary Clinton.

The so-called information website operated by Steve Bannon, grey eminence of the Trump Campaign just a few months later, was also very active on the subject. Breitbart’s correspondent in Texas complacently and anxiously echoed all of the rumors that arose regarding cases of Ebola within the United States, even if only to deny then afterwards and affirm that, in the end, there indeed were no cases of Ebola. The key was to maintain a climate of anxiety.

It is this same correspondent who then starts counting the number of flights or passengers authorised to land on American soil from affected countries, so as to tacitly highlight the scale of the threat hanging over his fellow citizens.

And most troubling is the way Breitbart begins to index their articles. No trace of the words “health", "Ebola", or “epidemic”. No mention of the keywords you'd expect to see. Instead, “border” — most often referring to US aerial borders (implying that flights from affected countries must be stopped), but comments from Internet users at the bottom of articles and in other “alt-right" media do not hesitate to broaden this perspective to the Canadian or Mexican border, insinuating associations with Daesh. Not to mention the preposterous idea that jihadists could voluntarily inoculate themselves with Ebola and then come across the border to act as human bombs, spreading death around them.

Becoming a vast amalgam of borders, insecurity, and terrorism, in the fall of 2014 Ebola is thus developing in the sphere of the American reactionary right.

The fabrication of fake news

If we agree to define fake news as false, often sensationalistic information, fabricated from scratch and broadcasted under the guise of journalistic reporting, then we can see that — from autumn 2014 — Ebola allowed for technical expertise regarding the fabrication and dissemination of fake news to be preliminarily deployed, before fully coming into bloom in 2016. Let us present an example of this, so as to better understand the processes at work.

Public health authorities had all announced for some time that Ebola is transmitted through contact with the bodily fluids of contaminated individuals, thus excluding transmission through  the inhalation of air that a patient has breathed ("airborne" transmission). This was a great pity for anybody looking to manipulate public anxiety, as nothing causes more panic that a transmission that is intangible, invisible, and airborne. The “alt-right" is therefore going to work on this, even if it means fabricating a lie that will be broadcasted on digital social networks, via methods and channels that would flourish two years later. Let's take a brief look at their modus operandi.

The Center for Infectious Disease Research and Policy (CIDRAP) of the University of Minnesota publishes on its blog, on September 17, 2014, a commentary co-authored by two public health researchers from a university in Chicago on the optimal method for protecting health care workers in direct contact with infected patients. The commentary "reflects the personal views of the authors,” as it is prominently written.

Lisa Brosseau, a specialist in health protection systems, believes that bodily secretions of contaminated individuals can volatilize into droplets that could be inhaled by breathing. Thus, she concludes that wearing a simple mask may not be enough to protect caregivers. What began as a dry and technical article, whose words were chosen with caution, is eventually going to be instrumentalized for the purpose of overgeneralization.

On October 2, 2014, a first article derived from the initial text is published on a popular blog: “Ebola could become airborne.” The article features several quotes from Brosseau's text, but these are taken out of context, leading readers to believe that her arguments concern the public at large, rather than just the health care workers in direct contact with patients.

Due to a lack of sufficient impact, the same site republished, on October 10, an article similar in its content but with two important changes: it states that it is CIDRAP that attests to this discovery and, according to the title, that there is “scientific evidence that Ebola is transmissible by air.” This more anxiety-inducing — and distorted — version of the original text will serve as the basis for the manipulative scheme of the "alt-right".

Two days later, Breitbart publishes an article entitled: “Medical research org. CIDRAP: Ebola is airborne”. This article will go on to be republished on similar websites such as The Inquisitr, will be reposted on the alt-right twitter-sphere, as well as on a fake Twitter account posing as the University of Minnesota.

The imitation is crude, but this matters little: the goal is to legitimize the contents of Breitbart’s article by pretending that even the university that hosts the CIDRAP research center is relaying the information on its Twitter account.

From then on, a discourse of fear is staged on digital social networks, such as this grotesque photomontage regarding Air France, the airline of a country known for its strong ties to Africa.

Of course, the University of Minnesota and CIDRAP are going publicly deny these claims, but to no avail — the damage is done. In fact, on November 30, 2015, Breitbart will republish an article on Ebola, quoting its own statements from the year before, and pointing out once again that CIDRAP had scientifically recognized airborne transmission.

Even Russia is on the agenda

In observing this fake news procedure, one could remark that for the parallel with the 2016 election to be complete, we would need to add a Russian ingredient to this sulphurous cocktail. Well, we actually found that, too. The blog from which the manipulation of the initial information began, first like a wet firecracker, then with an additional layer of lies, is outrageously pro-Russian.

Its name is Zero Hedge, and it was denounced as a foreign interference agent as early as November 20, 2014, by academic Craig Pirrong in lucid and explicit terms :

“I have frequently written that Zero Hedge has the MO of a Soviet agitprop operation, that it reliably peddles Russian propaganda: my first post on this, almost exactly three years ago, noted the parallels between Zero Hedge and Russia Today. A few days ago Zero Hedge ran a post that illustrates perfectly how it spews Russian propaganda that slanders the United States and other enemies of Russia, such as Ukraine.”

His entire text is along these lines. He writes:

"Getting into a widely-read web publication like Zero Hedge which is then linked by numerous other sources and tweeted widely ensures that the lie goes viral. […] ZH is an important transmission belt moving the story from Russian propagandists/information warriors to western news consumers. It happens a lot.”

All of this three years prior to prosecutor Mueller's accusations of Russian interference in the presidential campaign!

In the face of such consistent findings, it is impossible to consider this a coincidence. We must acknowledge what is clearly there: an organized system intended to manipulate public fear, which instrumentalized Ebola to defend a security-based agenda that would emphasize border security as a key issue on which to base political differentiation.

In our search for misleading statements about Ebola, we came face to face with Donald Trump, Breitbart, a pro-Russian website and fake news. All of these actors were evidently sharpening their claws, waiting to deploy their xenophobic ideology and weapons of mass manipulation on a larger scale during the 2016 presidential election in the United States.