The Internet has made an impressive amount of information available to every connected individual. Via social networks and forums, the Internet has also brought the possibility of conversing and debating simultaneously with a large number of individuals, regardless of geographical distance. It seemed as though the ingredients - information and debate - were in place for the development of the Internet to revitalize our democracies. However, the web seems to have contributed more to the emergence of "credulous democracies"[1] than to "knowledge societies"[2], and social networks seem to promote the polarization of opinions rather than to allow for a better understanding of divergent opinions.

Two phenomena resulting from the functioning of Internet are often accused of contributing to this situation: "filter bubbles" and "echo chambers". In this article, we introduce these two notions, often mentioned in the media but rarely well understood, as well as some criticisms that have been levelled towards them. 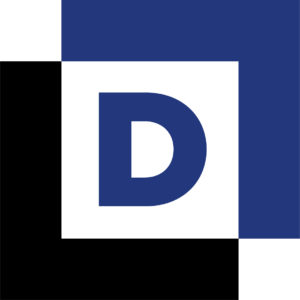 A "filter bubble" refers to the ways in which information is filtered before reaching an Internet user. According to Internet expert Eli Pariser, filter bubbles result from the personalization of online content, and are believed to intellectually isolate Internet users and to diminish the diversity of the information to which they are exposed (Eli Pariser, The Filter Bubble: What the Internet is Hiding from You, Penguin Press, 2011) 1 For example, on Facebook, an individual with a strong interest in cats will be exposed to a large amount of cat-related information on their news feed. This is a result of the algorithms employed by digital platforms, which determine the interests of their users by studying information related to their online behavior.

At first, the information collected about Internet users is quite basic: age, gender, contacts added. But new web-based media have integrated several mechanisms that allow for websites to collect much more precise information. These include "share", "like", "subscribe" buttons, etc., which inform algorithms about users' online behavior. Facebook, for example, introduced its "like" button in 2009. A week later, 50,000 websites had integrated this button into their architecture (Kris Olin, Facebook Advertising Guide, 2010). The presence of this button on countless websites allows Facebook to collect a lot of information about its users. For example, by clicking the "Like" button under a cat-related product, the user sends Facebook an indication of their tastes and preferences. In return, Facebook will display more cat-related content.

New media algorithms are thus able to recommend increasingly personalized content to users of digital platforms. And the more an Internet user visits these websites, the more personalized the information will be and, therefore, the more likely it will be to interest them. Moreover, personalization algorithms are crucial to the functioning of these platforms, as they are the foundation of their business models. Indeed, it is thanks to these algorithms that platforms can offer companies the opportunity to advertise their products in a targeted manner. Advertising is the main source of revenue for digital social networks 2, and companies are indeed willing to invest significant amounts of money to ensure effective advertising targeting 3.

According to Eli Pariser, the personalization of information on the Internet is harmful for Internet users, since they are no longer confronted with information that could broaden their interests or challenge their beliefs or opinions. In other words, Internet users are gradually finding themselves trapped in a filter bubble that bypasses any divergent information and impoverishes their curiosity.

Of course, even before the advent of the Internet, there already existed media outlets that offered very specialized information, or that held strong editorial lines. But these outlets were upfront about it. Facebook, YouTube (which belongs to Google) and other similar platforms, on the other hand, do not present themselves as specialized media, or even as media, but simply as platforms that host content. In other words, the specialization and orientation of the information displayed is done in part without the user's knowledge. Eli Pariser illustrates this point by comparing his Google search results for the word "Egypt" with that of one of his friends. To him, Google displays results concerning politics, whereas his friend is shown results related to tourism. In other words, the algorithm shapes and displays two different worldviews, which are based on the inferences made by the algorithm from the personal information collected.

Pariser believes that these personalization filters are partly responsible for the particularly strong political polarization in the United States between liberals and conservatives. Individuals, by being repeatedly confronted with highly personalized political information, end up sharing next to nothing with their political opponents. This in turn undermines any possibility of establishing a public space in the political sense of the term — that is, a space for deliberation and debate, whose proper functioning presupposes minimal agreement on basic facts and information.

While the personalization of information is a specificity of web-based media, some researchers dispute the existence, or the true scope, of the filter bubbles that result from this personalization. Richard Fletcher, a researcher at the Reuters Institute and co-author of the annual report on digital information 4, nuances the harmful effects that Eli Pariser attributes to digital platform algorithms and challenges the idea that political polarization in the United States is linked to the personalization of information 5. His argument is based on a series of academic papers he has written on the issue.

His reasoning is as follows: if personalization algorithms impoverish our informational horizon, this means (1) that we are confronted with less diverse information on digital social networks than offline and (2) that this impoverishment is taking place without our knowledge. Here is what Fletcher observed from the Reuters Institute Digital News Report's annual Reuters Institute Digital News Report database:

Fletcher also warns us that, without the personalization of information via algorithms, we would inform ourselves rather unadventurously. In other words, we would tend to select, out of habit, only a handful of sources of information (one or two TV channels, a single newspaper, etc.). Digital social networks and Internet search engines are, in fact, opportunities for us to be exposed to sources of information that we would never have spontaneously consulted.

Fletcher and Pariser both observe that the United States suffers from strong political polarization: individuals on either side of the political spectrum today seem irreconcilable. But, if we follow Fletcher's reasoning, this polarization would not result from American citizens being trapped in filter bubbles, but rather from the contrary. Indeed, his studies suggest that the more we are confronted with information that contradicts our beliefs, the more inclined we are to strengthen our initial position. This is a psychological reaction that has also been documented by other researchers 8.

However, for several other analysts, the radicalization of opinions on the Internet is largely due to so-called echo chambers. On the Internet, individuals seem to preferentially interact with people who are interested in the same topics and who share similar opinions. This leads to the formation of virtual communities in which people share and receive information that is focused on their interests and that is aligned with their beliefs. These communities are referred to as echo chambers because the voice of each member essentially echoes that of every other member. Functioning as mirrors and amplifiers of individuals’ worldviews, echo chambers would seem to be fertile grounds for radicalization.

An emblematic case that highlights the tendency of echo chambers to lead to radicalization is that of the “Incels” community. This community arose from the meeting of men who struggled to find a romantic partner and who gathered online to discuss their emotional woes. Soon, some members of the community began to express increasingly misogynistic views. The Incels then followed a classic pattern of radicalization: the emergence of leaders, the increasingly virulent assertion of group identity, the gradual exclusion of other groups, and isolation 9. In the end, a proper anti-women political theory was developed within this community. A few years after their emergence, several Incels committed attacks against women, accusing them of being the direct cause of all their misfortunes 10.

Many analysts are working to identify echo chambers on the Internet and to understand how they work. Here is an illustration:

This map displays the relationships between American media outlets on the social network Twitter. The larger the dot representing a given media outlet, the more that particular media outlet is cited by other media outlets on Twitter. Media outlets that are far away from the center of the map are primarily cited by other media with a political orientation close to their own. Conversely, the closer a media outlet is to the center of the map, the more it is cited by media with diverse political leanings. This map demonstrates that American media outlets are politically polarized. On the left, the most popular media (Huffington Post, New York Times, Washington Post) are quoted by media that are rather close to the American democratic-liberal political sphere (the political affiliation of Barack Obama and Joe Biden). On the right, the most popular media (Fox News, Breibart) are cited first and foremost by media close to the Republican-Conservative trend (the political line of Donald Trump).

If media outlets that are politically close frequently quote each other, and broadcast the same news and analysis, there is a risk that their audience will develop a very partial and partisan view of the news. This is what some analysts fear: that the media sphere in the United States would tend to be divided into two gigantic echo chambers, structurally representing the two principal political tendencies in the United States. Since the supporters of each of these tendencies are possibly inclined to inform themselves via the echo chamber corresponding to their political affiliation, this could result in the creation of an extremely polarized political spectrum, in which each side no longer communicates with the other 11.

But again, can we consider that the formation of these echo chambers is due to the architecture of social networks? An ambiguity in this analysis, rightly raised by Axel Bruns 12, lies in the confusion between the phenomenon of echo chambers and that of filter bubbles. Contrary to what the title of the article from which the map above is taken suggests, the polarization of the media sphere in the United States does not illustrate a filter bubble, because the tendency of media outlets to quote or follow one another is not a consequence of Twitter’s algorithms.

The main argument made by Axel Bruns and Richard Fletcher is that the Internet does not foster informational or ideological isolation. On the contrary: many debates take place on social networks between opposing sides on various issues, troll campaigns are organized to weaken the opponent, very real counterdemonstrations are organized to protest against the opposing side, etc. In other words, if the polarization of individuals on social networks is indeed intensifying, it would not occur through the isolation of either side in a filter bubble or through echo chambers, but rather via intense virtual confrontations.

The most important thing for analysts who criticize the usefulness of the concepts of filter bubbles and echo chambers to understand is what individuals do with information that is not in line with their opinions, and to find a way to transform social networks into a public space dedicated to deliberation rather than confrontation.